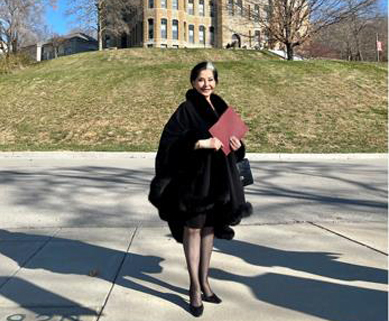 Lady Jamil Kharrazi kicks off the new year by joining the Board of Trustees of Park University of Missouri. Park University is a private non-profit organisation which offers courses in the liberal arts accessible and affordable by all. The University’s international music department has consistently excelled throughout the United States since 1875. During a ceremony with a special concert last week, the University decorated lady Kharrazi with the badge of honour and announced her membership of the Board of Trustees..

Park University will organise a concert at the Hall of Fame in Kansas City in March 2022 and another in Carnegie Hall, New York in May 2022. These concerts will host several personalities and heads of states and Lady Kharrazi has also been invited to both concerts as an honorary guest.